Why are Coworking Spaces Moving Out of Town Centres | Talent Locker

Why are coworking spaces moving out of town centres? 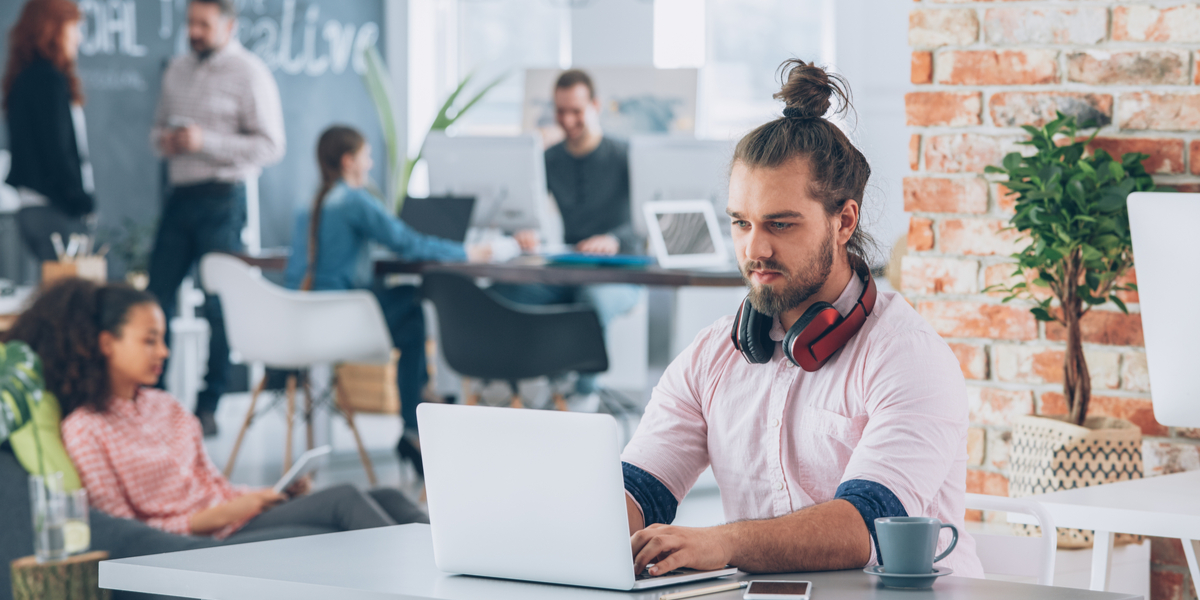 The coworking industry is booming and this is largely down to the always increasing interest in new technology companies. As a movement it has increased in popularity and companies are ready and willing to invest into it. In the past, an ideal location was anywhere near a city centre. This isn't the case any more though.

New spaces are popping up in the suburbs and even further afield. Consider the number of commuters coming into central London alone and you can see why it appeals. Coworking spaces that are closer to the places where people live.

Not only does it make life easier for employees, it also helps boost regional economies. So I've decided to take a look at why things are changing for coworking businesses. Many of them are providing new out-of-town locations across the country.

The workspace industry is changing and so it is little surprise that coworking is too. The coworking industry disrupted the idea that work was office based. With the occasional meeting or training event for a change of scenery.

This is clearly no longer the way the world works.

The modern workforce has access to the internet 24/7 and expects to be able to work remotely. They expect flexible working practices and to be able to work on their terms. As companies are increasingly willing to offer it to them, a new opportunity has arisen.

The makeup of companies is changing too.   Latest figures have revealed that SME’s employ roughly 16.8 million in the UK. With SME's and startups providing the career of choice, especially in younger generations. As a result the jobs market is becoming fragmented. Which reduces the need for single companies to retain large premises.

The Capital’s residential market is also changing. When you consider that 3.7 million people commute for over 2 hours a day, this doesn't line up. It is hardly surprising that businesses are looking to move out of major cities. Allowing them to reduce costs and move closer to their employees.

I'm going to look at how this changing world has driven this new strategy from coworking spaces. We'll look at how spaces have opened outside of the main city centers and what to expect in the future.

'High growth' companies are driving the boom in out of town coworking. A high growth company is a business that hires 10+ people and grows that by 20% a year at least. These companies need workspaces that are ready to grow with them.

They are also responsible for driving considerable growth outside of London. According to the Enterprise Research Centre Leeds, Bristol and Bournemouth are considerable beneficiaries.

- Bristol for music, TV and video

The state of the commercial property market in large cities is also having a huge impact on startups and SME’s. Real estate is having to move towards a focus on small and innovative companies. With areas like Shoreditch and Old Street benefitting significantly from the changes. This success has in turn resulted in skyrocketing rents. Which ironically prices them out of the areas that have been especially designed for them.

Freelancers and the gig economy

Startup culture has also been linked to a huge rise in the number of freelance workers. With 1.4 million people in the UK alone now operating as freelancers. A considerable number when you consider the size of the workforce as a whole. This represents a 14% growth in the past ten years and this is likely to continue.

It is becoming easier to work remotely. Resulting in workers who are easily lured by the promise of a better work/life balance. Today, it’s very easy for people to work remotely. 4G, cloud storage and cheap laptops are all help drive the freelancer economy.

We live in a time when it has never been more satisfying, or easier, to be your own boss. These entrepreneurs are much more likely to hire freelancers than established businesses. Which then drives the regional growth even further.

Wherever there are startups and SME’s, there will be a network of freelancers. So if those companies are moving out of town centres then freelance workers will follow.

Better than other remote options

Working from home can be full of distractions for some people. Especially those with young kids or other people in the house during the day. Libraries and cafes also have their own limitations. Freelancers also tend to work alone. Thus there is increasing demand for professional local spaces.

The result is something called 'Jelly' days. The idea is that isolated individuals get together and work together for a day.

They are often run for free in bars and cafes. Once demand outgrows supply many of these groups turn to established coworking spaces.  These are often conventional office spaces in settings that are inspiring and stimulating.

Industry in Chester has been hugely successful. They help workers to collaborate on numerous projects. Including photography exhibitions, a hackathon, and beer bottle branding. Brighton’s Skiff now has over 200 members, rising from 20 in 2008. These spaces are building great communities in inspiring spaces.

It's no longer a case of equalling city centre spaces, out of town coworking can now surpass it in many ways.

Why are coworking spaces moving out of town centres?

The changing world of work is making it more appealing to work from home, or simply to avoid a long commute. This trend is only likely to continue. Which will drive more and more demand into out of town coworking options. Long commutes and 9-5 jobs are still the norm, but there is another way to work. With startups and freelancers looking for inexpensive, out of town options, coworking is moving out of city centres. This won't mean the end for inner city coworking though, far from it.

The growth in London and Manchester in particular shows that there will still be hubs of activity when it comes to business and this is unlikely to change in the immediate future. Old habits die hard and people are used to travelling to London especially for business, whilst there are a portion of businesses working this way, we are unlikely to see everyone abandon the city as the place to be. But times are changing and the coworking revolution is helping to spread it around the country.